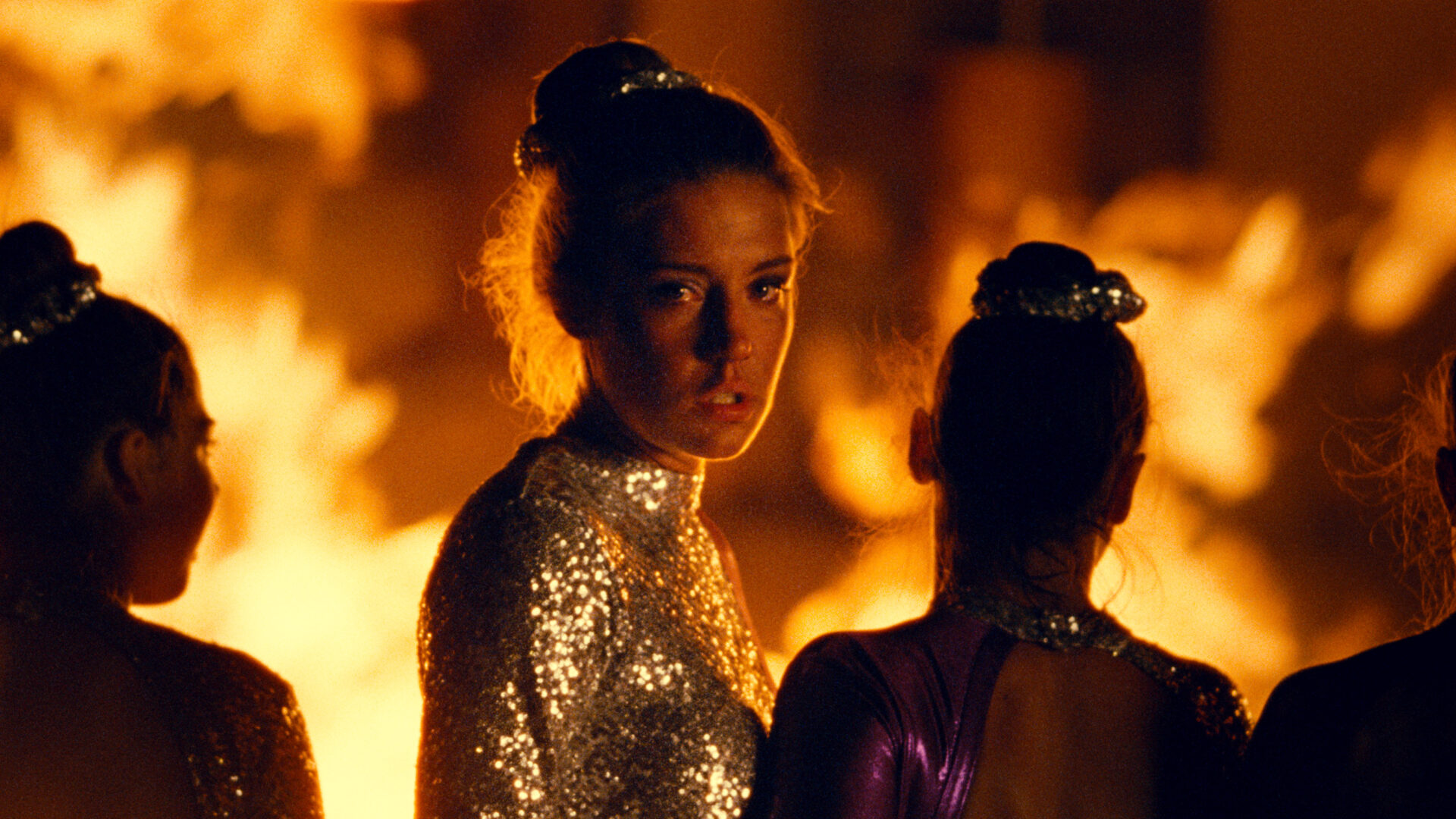 Vicky is a lonely girl living in a sleepy mountain town. She is gifted with a peculiar talent: she can grasp and reproduce all possible scents, which she collects one by one in carefully labeled jars. A special place among them is occupied by the scent of her mother, Joanne (Adèle Exarchopoulos). Joanne is an aqua fitness instructor, and after work she and Vicky perform their favorite ritual – Joanne swims in the lake under the watchful eye of her daughter. One day, Joanne’s sister-in-law, the mysterious Julia, shows up at their house. Intrigued by this unexpected presence, the girl ‘steals’ her scent and by recreating it, travels into the woman’s past. In doing so, she begins to uncover surprising secrets and resurrects the story that influenced the fate of her family. The latest film by Léa Mysius, director of the acclaimed Ava, makes for electrifying cinema at the crossroads of drama, thriller and parapsychological fantasy. At the same time, it is a non-obvious story about memory, motherhood, unfulfilled desires and a life put on hold. And about the great power of cinematic imagination, which magically intertwines different parallel worlds and space-time continuums.