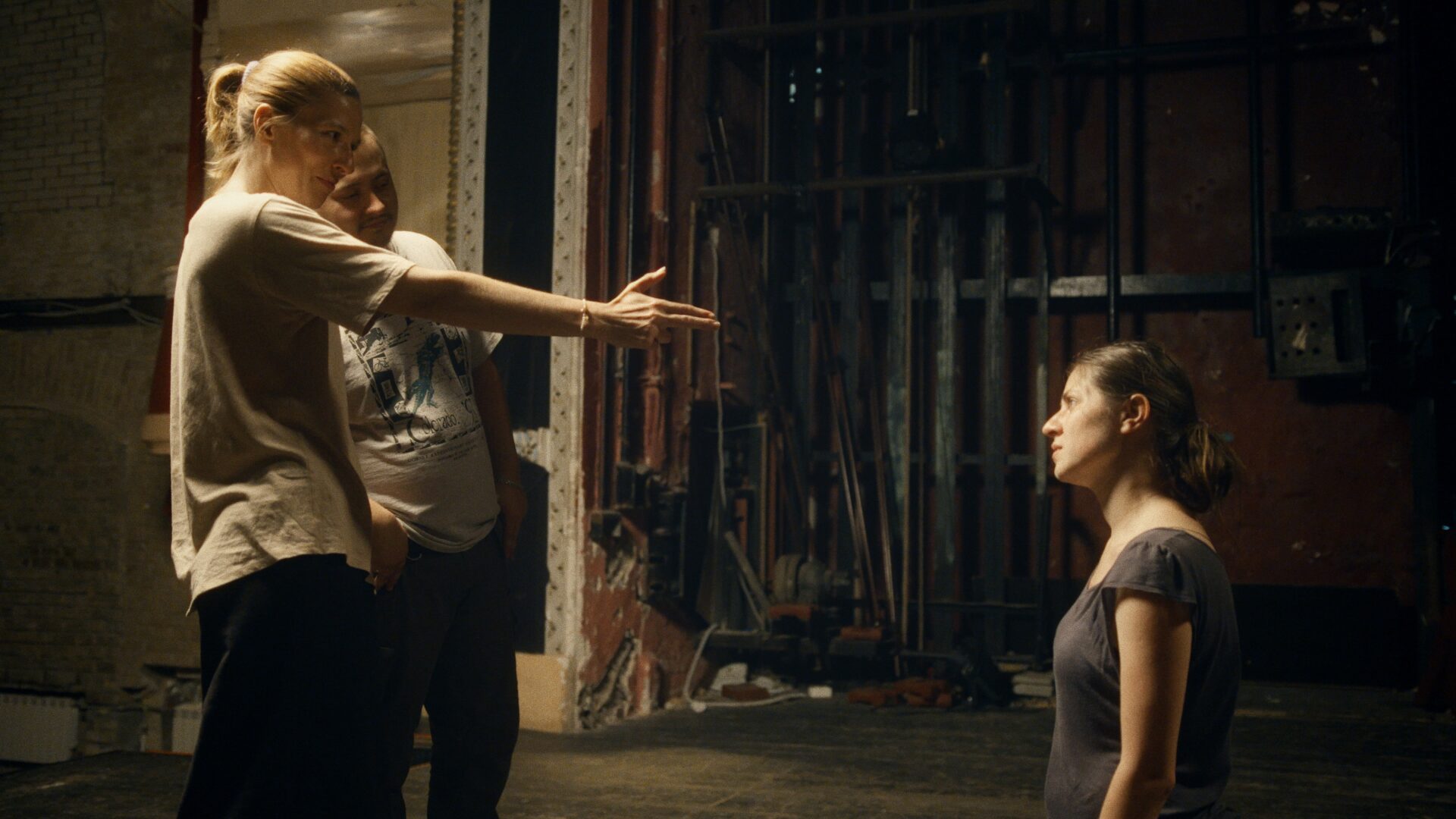 The screening in collaboration with WATCH DOCS.

A few months prior to Russia’s full-scale invasion of Ukraine in 2022, five young women and men participate in a unique stage production that attempts to relate their war experiences to Shakespeare’s Hamlet.

For each of them, the stage is a platform to express their grief and trauma through
the famous question, to be or not to be, a dilemma that applies to their own lives. The protagonists fight against disappointment, powerlessness, and anger, trying to put their lives back in order while processing their painful past: Slavik, who went through the hell of war and captivity as a soldier, KATYA, who longs for her mother’s forgiveness for joining the army, Rodion, who escaped from Donbas and is now facing growing homophobia, Roman, who is still struggling with the traumatic memories of his experience as a paramedic on the battlefield, and Oxana, who struggles on an artistic frontline as an actress.

The rehearsals for the play are combined with an intense glimpse into the characters’ lives: a powerful portrait of a generation coping with the trauma of war which now, after Russia invades Ukraine, is their present and future alike.

This film is essential viewing, as it opens the door to understanding, empathy and discourse, all of which can, in their own small way, alleviate the burden of the victims of war.

It is an invitation to talk about what the community and the duty towards it are today.

A subtle study of closeness and distance.

Eye on document
Fire of Love