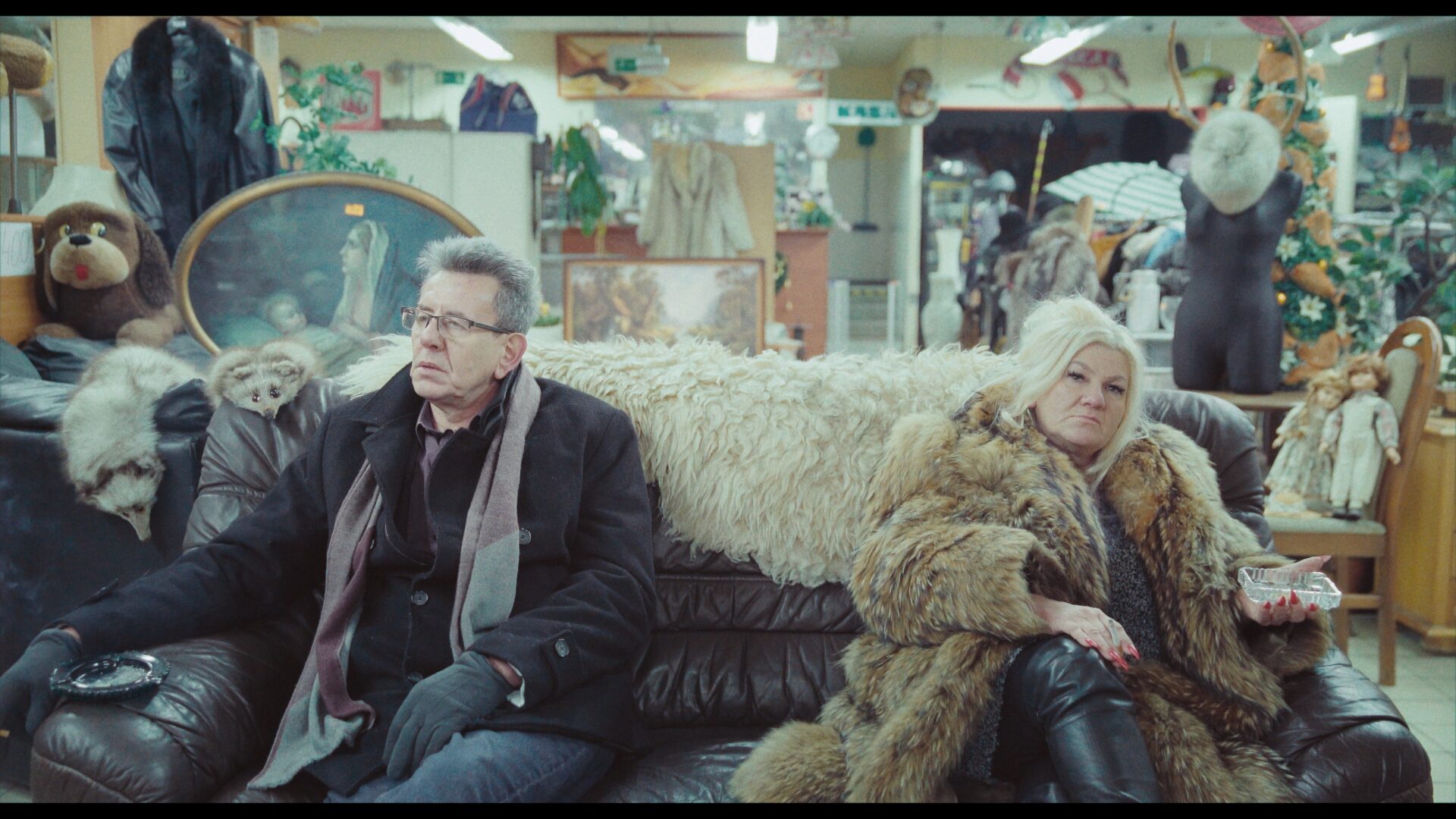 A moving story, full of crazy humour, depicting people who struggle to survive while helping those in bigger need. Jola and Wiesiek are an eccentric couple from Bytom, tied up in love as well as in business.

With the help of three employees, they run what is probably the largest pawnshop in Europe. However, its glory days passed once the local mines closed and unemployment began to rise. Left destitute, the inhabitants of the Polish Detroit bring zillions of absurd and useless objects to pawn for cash. Neither Wiesiek’s ridiculous marketing ideas, nor the good heart of Jola, who offers kind words, hot soup and a warm coat to her impoverished customers, will save the crumbling business. Even though the pawnshop loses money, it becomes an important centre of social life for the local community. Soon, it goes nearly bankrupt, while the relationship of Jola and Wiesiek is put to the test. With a disaster looming on the horizon, the owners make the final attempt to save their company and couple.

The screening will be followed by Q&A session with director and producer Łukasz Kowalski, and producer Anna Mazerant.

You leave the cinema with strengthened faith and hope in people.

The narrative kaleidoscope amazes with the fusion of colors.

Closer competition
A Piece of Sky