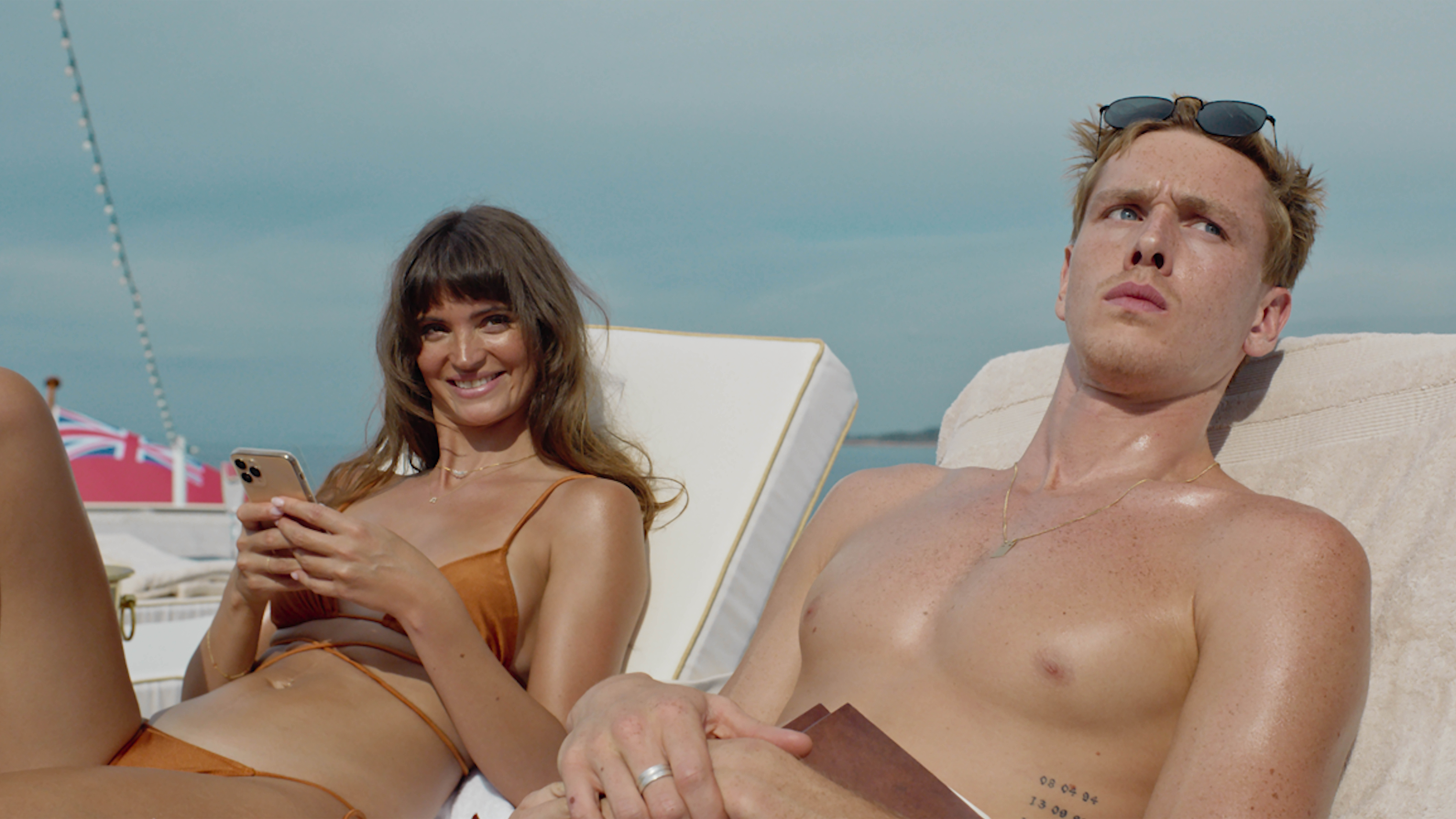 Ruben Östlund, a two-time winner of the Palme d’Or at Cannes, takes us on a wild ride aboard a luxurious cruise ship with a beautiful Instagram star, Yaya (Charlbi Dean); a model just starting out, Carl (Harris Dickinson); and a constantly drunk captain (the hilarious Woody Harrelson). Those enjoying the fun and games aboard the ship include celebrities and the rich—retired arms dealers, Russia’s fertilizer king, aging divas and cantankerous millionaires. This cruise on the emerald seas gets so out of hand that it makes the Titanic disaster look like a romantic workplace accident. The director of Force Majeure and The Square sails close to the wind and doesn’t give us a moment to catch our breath, as he juggles the social roles of the characters, exposing their vanity and selfishness, mocking the empty fame of influencers and ridiculing the world of fashion—and he does so with perceptible pleasure. Triangle of Sadness is a wild, wonderfully written comedy that takes place in three astonishing, satirical acts, offering an extraordinarily current, no-holds-barred commentary on the absurdly cruel times we are living in. Our triangles of solitude are sure to open up during a screening.

The second Palme d’Or in Östlund’s career is no coincidence – this is the new master of satire.

Like nobody else, Östlund can dress entertainment in an intellectual cloak and give it a refined taste.

The thing about Östlund is that he makes you laugh, but he also makes you think.

Film that lacks subtlety but in the best way possible.