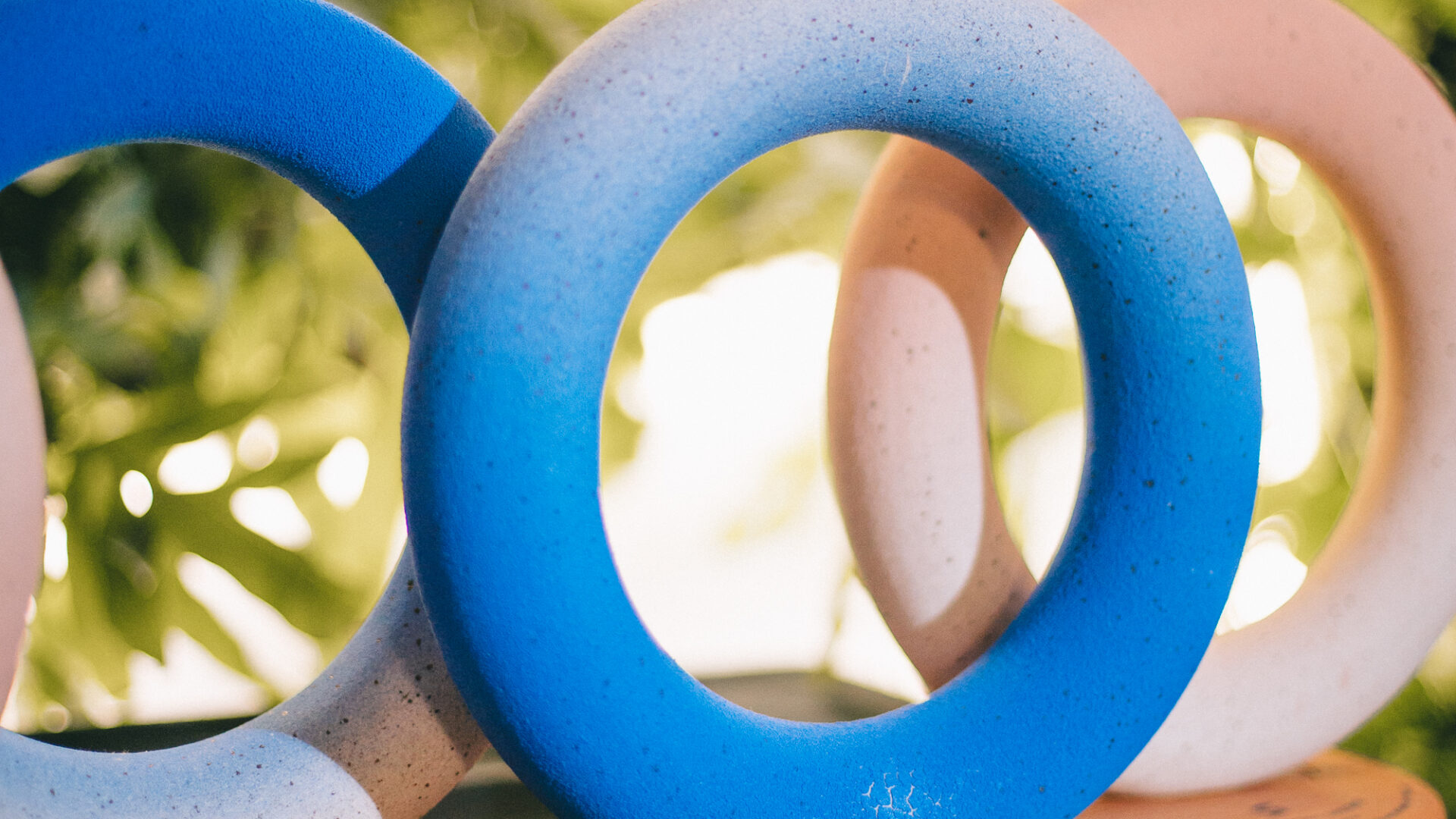 On Saturday, October 29, the 8th edition of the Spektrum Film Festival ended. During the closing Gala, chaired by the journalist Jan Pelczar, we got to know this year's winners.

Awards were given in The Youth Perspective short film competitions for young filmmakers, where in each of the competition sections (Short Fiction, Documentary, Animation, Amateurs) a three-person Jury consisting of representatives of the world of film and art – in the Short Fiction: Edyta Hiliart-Jańczak, Marcin Pieńkowski and Cezary Studniak, documentary: Anna Serdiukow, Jakub Socha and Anna Zakrzewska, animation: Renata Gąsiorowska, Szymon Holcman i Filip Kozłowski, and amateurs: Anna Frances Golon, Agata Całkowska and Anna Rudnicka, and her favorite of all the short lengths in four competitions (and this year there were as many as 46!) are also chosen by viewers, granting the Audience Award.

In addition to the main jury, the films were also assessed by the local jury: the competition films were watched by participants in occupational therapy in Mokrzeszów, a documentary section composed of inmates in Świdnica Remand Center, an amateur competition, representatives of the Youth City Council of Świdnica – and in full-length competitions – the Spectrum Competition and the Closer Competition / Closer – the only jury was the festival audience!

In total, over 20 awards and distinctions were awarded. The statuettes of the full-length competitions were made by the Zakwas Studio from Wrocław – this year they were once again made of proprietary ceramic mass from local raw materials and enriched with recycled building bricks from the remains of the former buildings of Lower Silesia.

Meet this year’s winners and the jurors’ justifications! 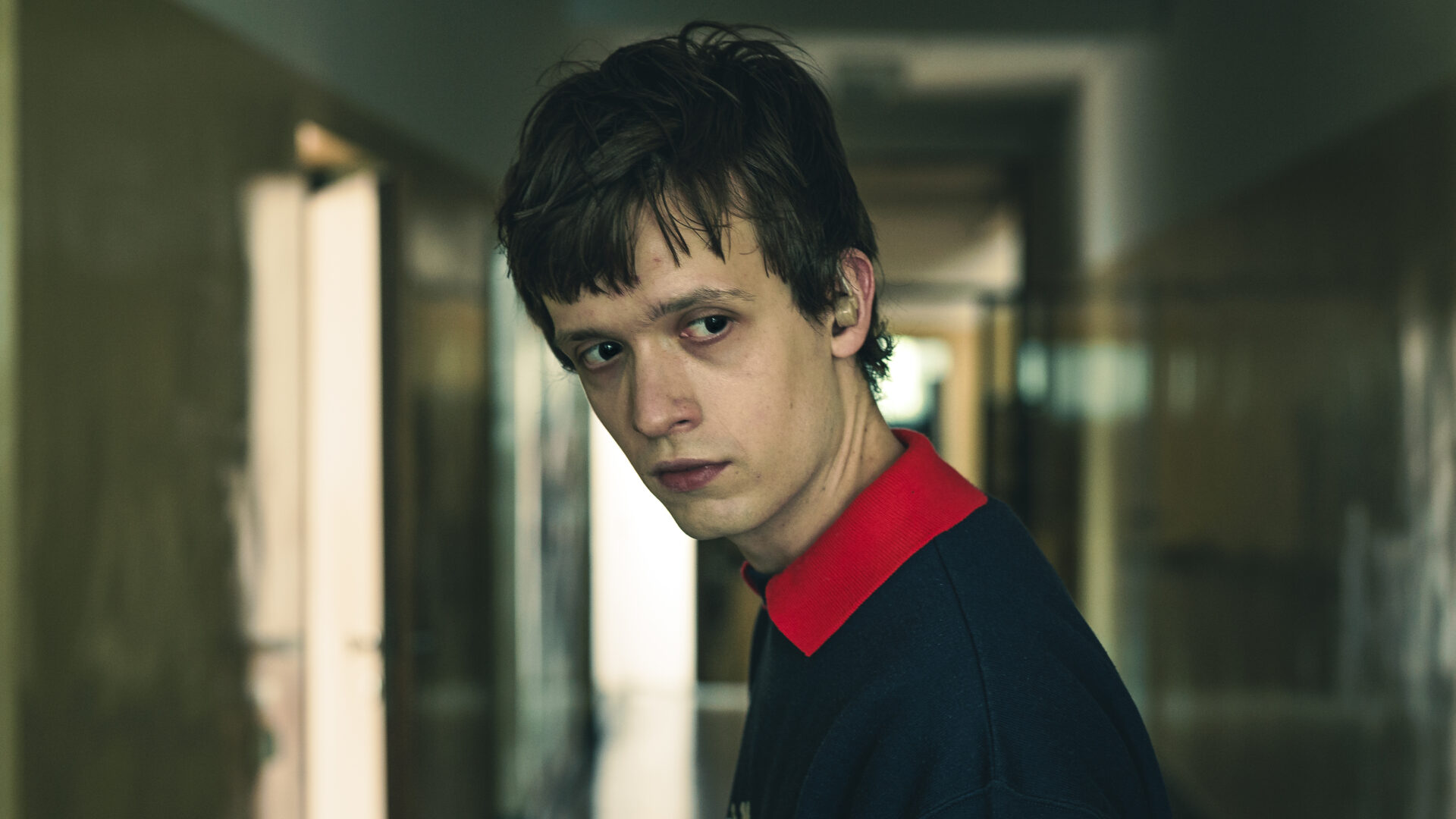 Once again, festival audience judged 10 most interesting – 5 polish and 5 foreign – titles of the season. The inhabitants of Świdnica gave the highest note to the Sonata (Poland, 2021) directed by Bartosz Blaschke. The second best-rated film was Lukas Dhont’s Close (Belgium, Netherlands, France, 2022), and Jakub Skoczeń’s Chrzciny (Poland, 2022) was also on the symbolic podium. 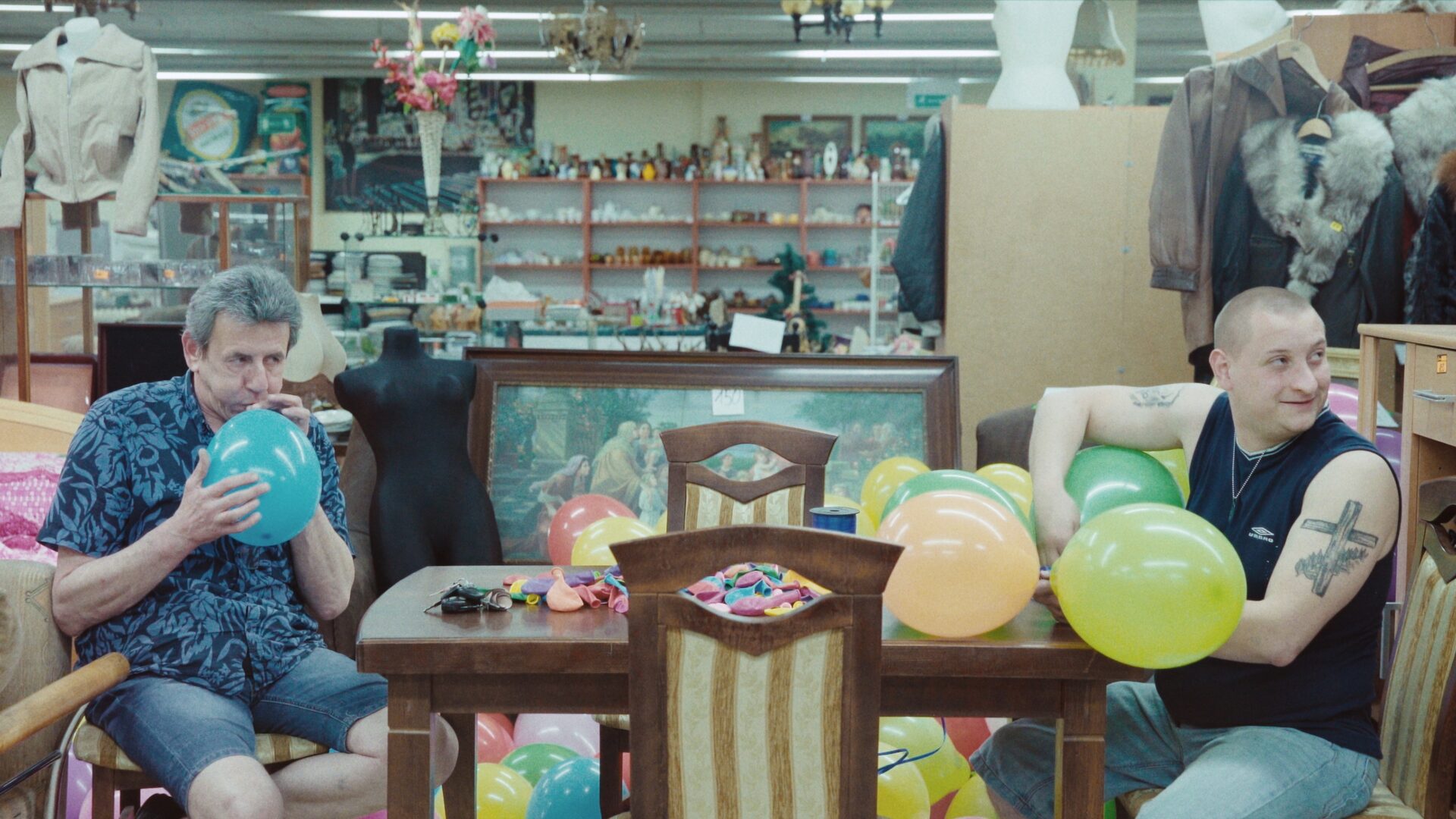 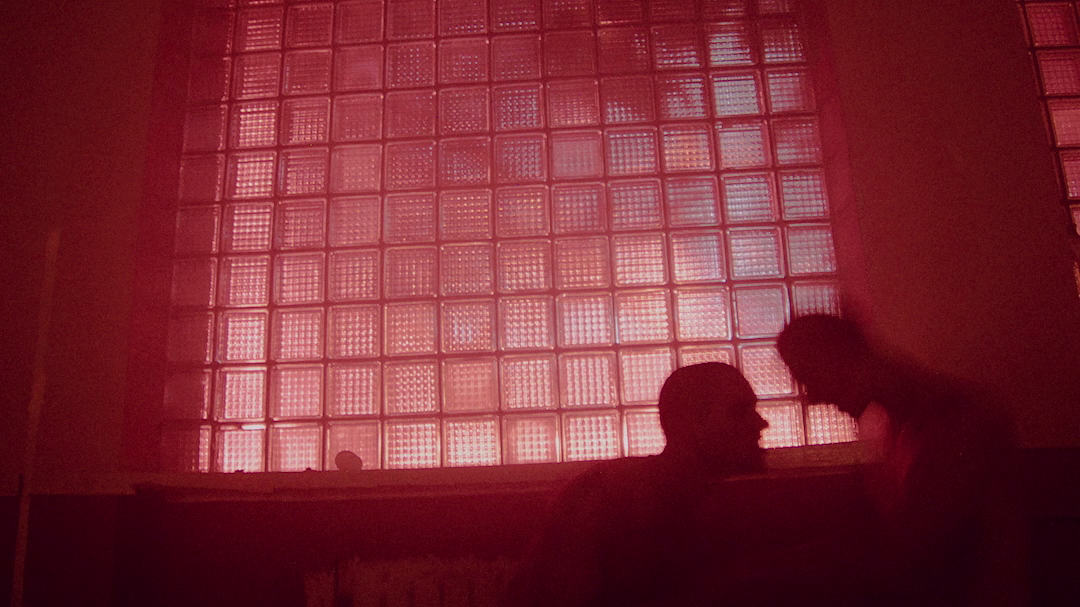 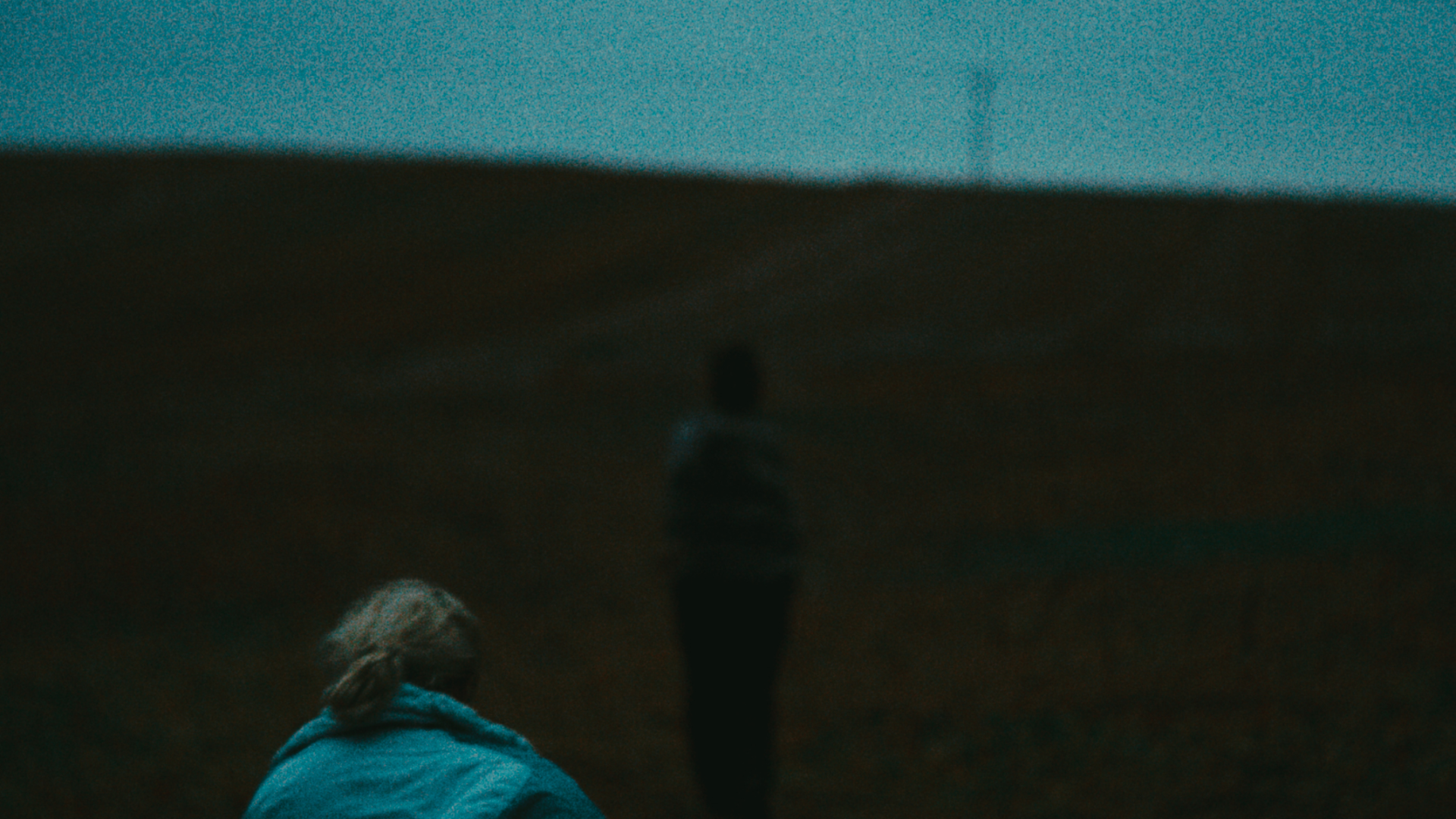 When the House Turns directed by Maria Ornaf (Poland, 2022) 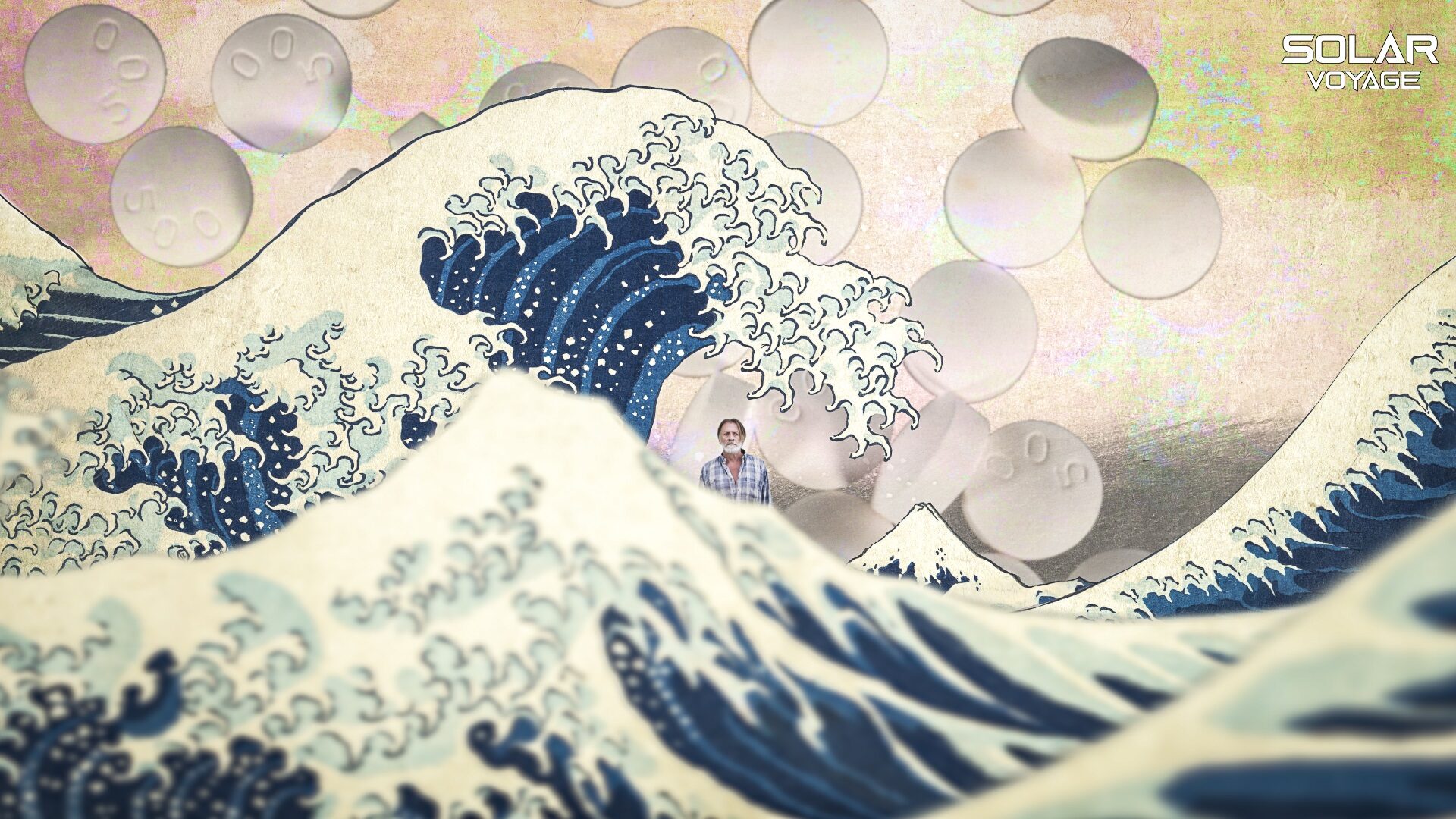 for refreshing the documentary cinema formula; for a film in which energy, vision and a daring collage of artistic means make up a story about a rebel living on the sidelines. Mirek Lech remains free to the end and we like it. Solar Voyage proves that there was no other key to this hero’s universe than through the creator’s imagination.
______________________________________________________________
The jury also decided to award a special mention the film Joanna d’Arc dir. Aleksander Szamałek (Polska, 2021) for the touching and empowering story of a woman making choices that seem impossible to fulfill. The director does not judge the heroine. He portrays her world in a sensitive and honest way. Joanna d’Arc proves that the categories that define you, such as class, cultural or social affiliation, can always be crossed and that it is never too late to change. 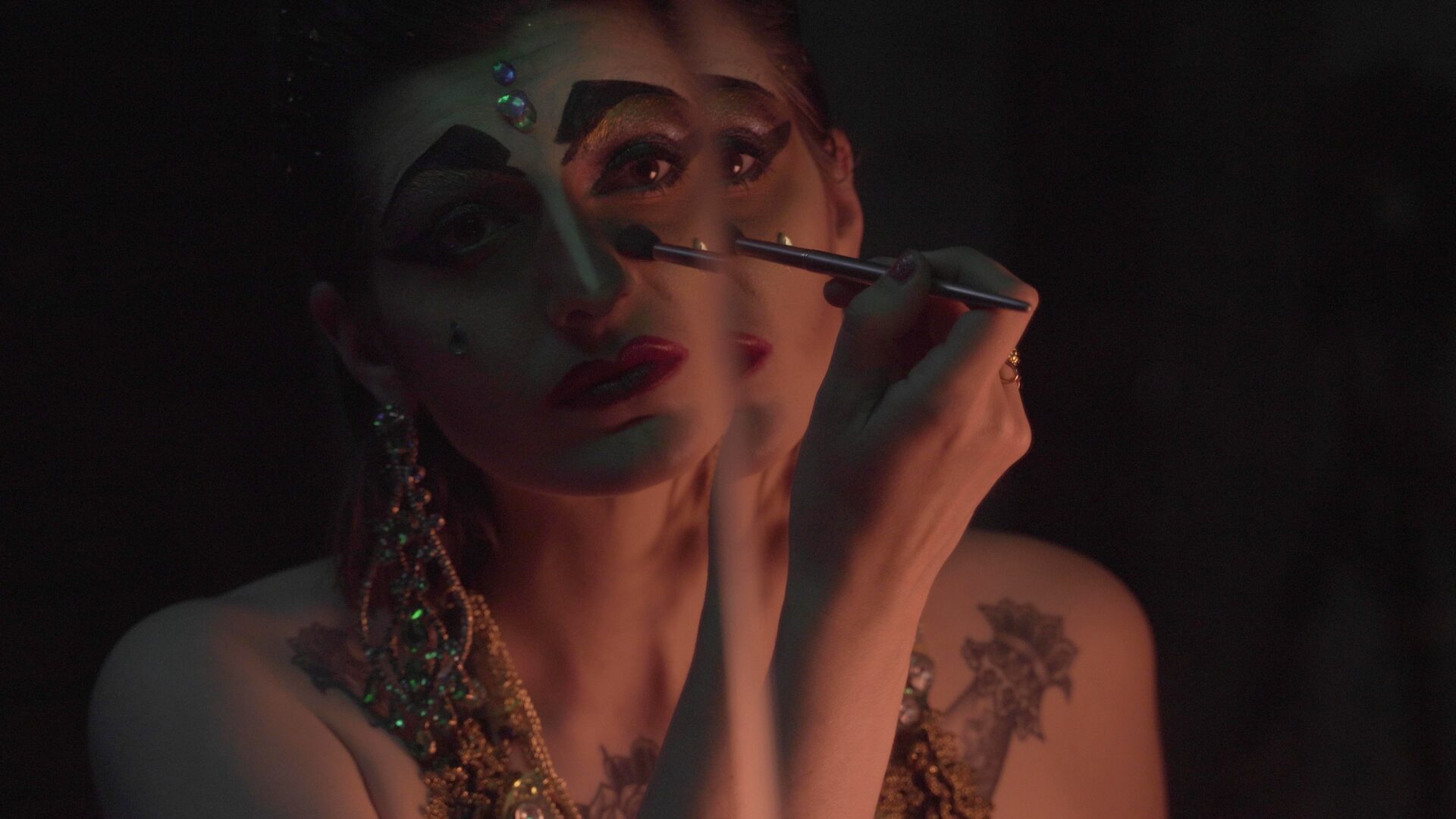 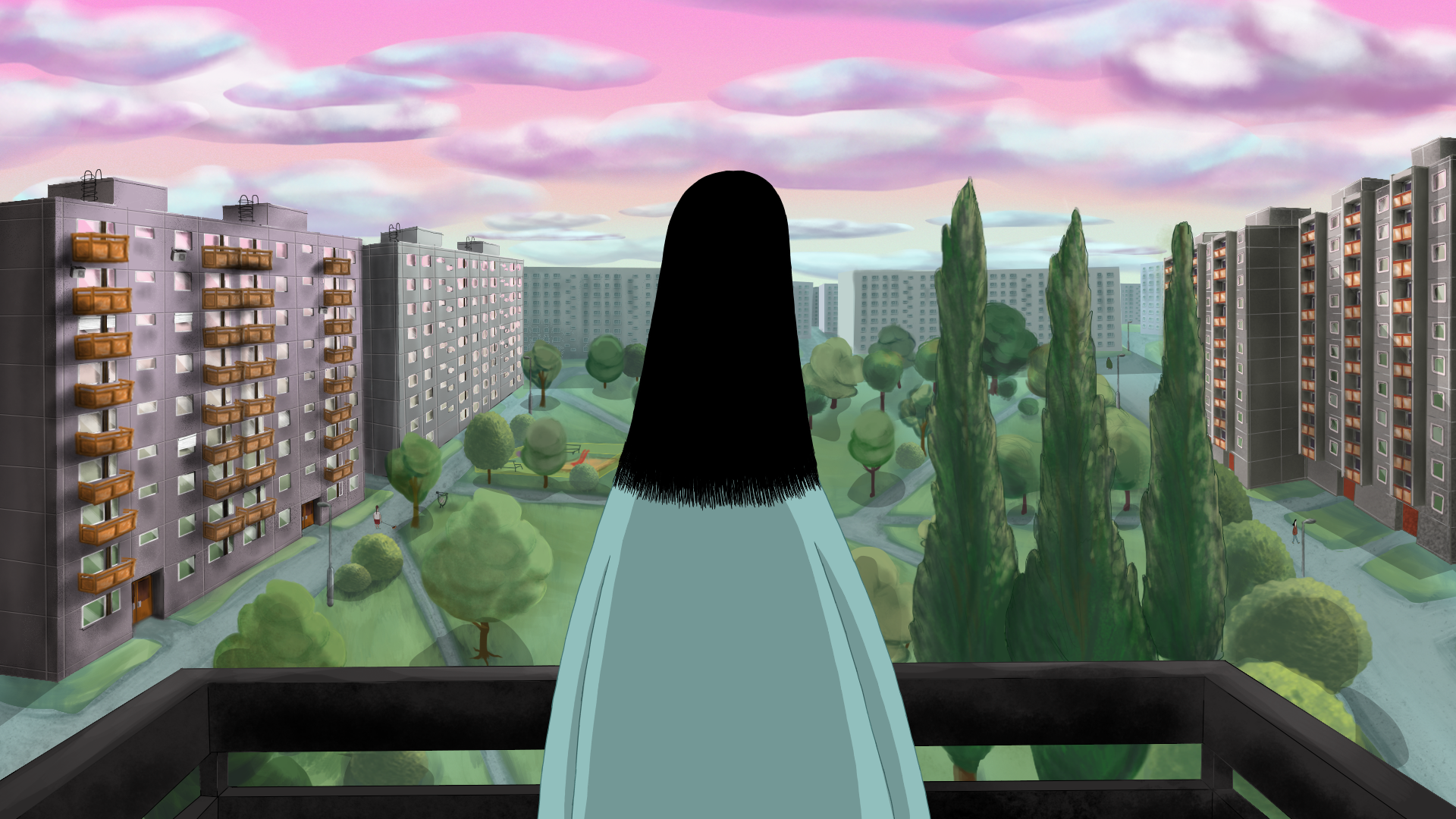 The author perfectly uses the means appropriate to the art of animation to create a portrait of the microcosm, which is a block of flats, full of tenderness, accurate observations and surreal ideas. Nostalgia is broken here with a joke, and the gray huge slab with the colors of bubble gum and ice cream on a stick.
______________________________________________________________
Jury also gave a special mention to Crumbs of life directed by Katarzyna Miechowicz (Poland, 2020) for a surprising, disturbing look at body horror, exploring the poetics and atmosphere of a nightmare. 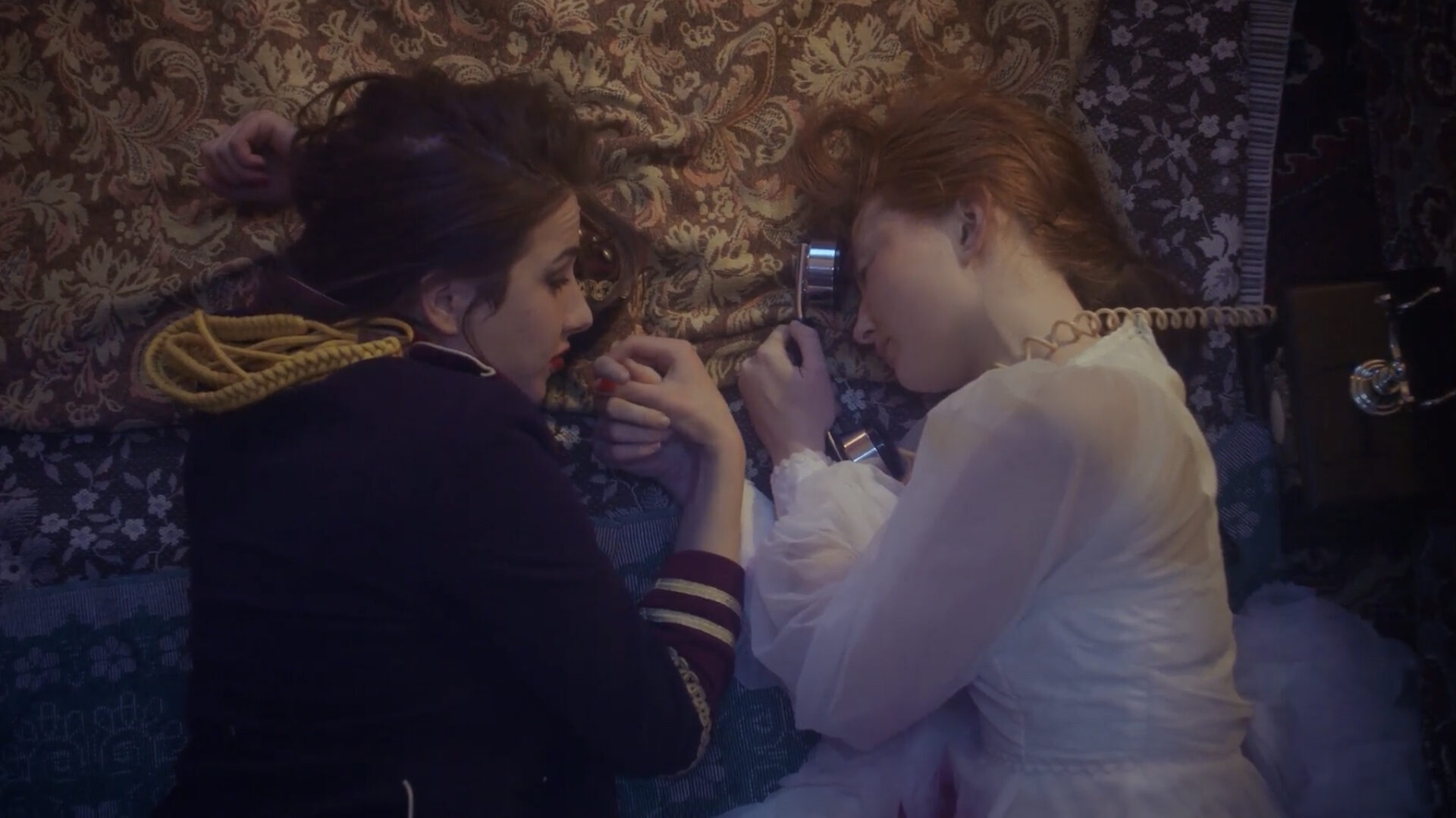 for an endearing story that does not leave the viewer indifferent; for a story that allows you to like the characters in a short time; for colorless photos and an engaging visual aspect; for the envelope, the non-descriptive relationship of women in a confined space. It is overwhelming that women face the same in every latitude, but it is extremely uplifting that they increasingly turn out to be sisters to each other.
______________________________________________________________
Special mention went to The Hole dir. Piotr Kaźmierczak (Poland, 2021) for a beautiful visual definition of loss and for showing the attempt to glue the world together. 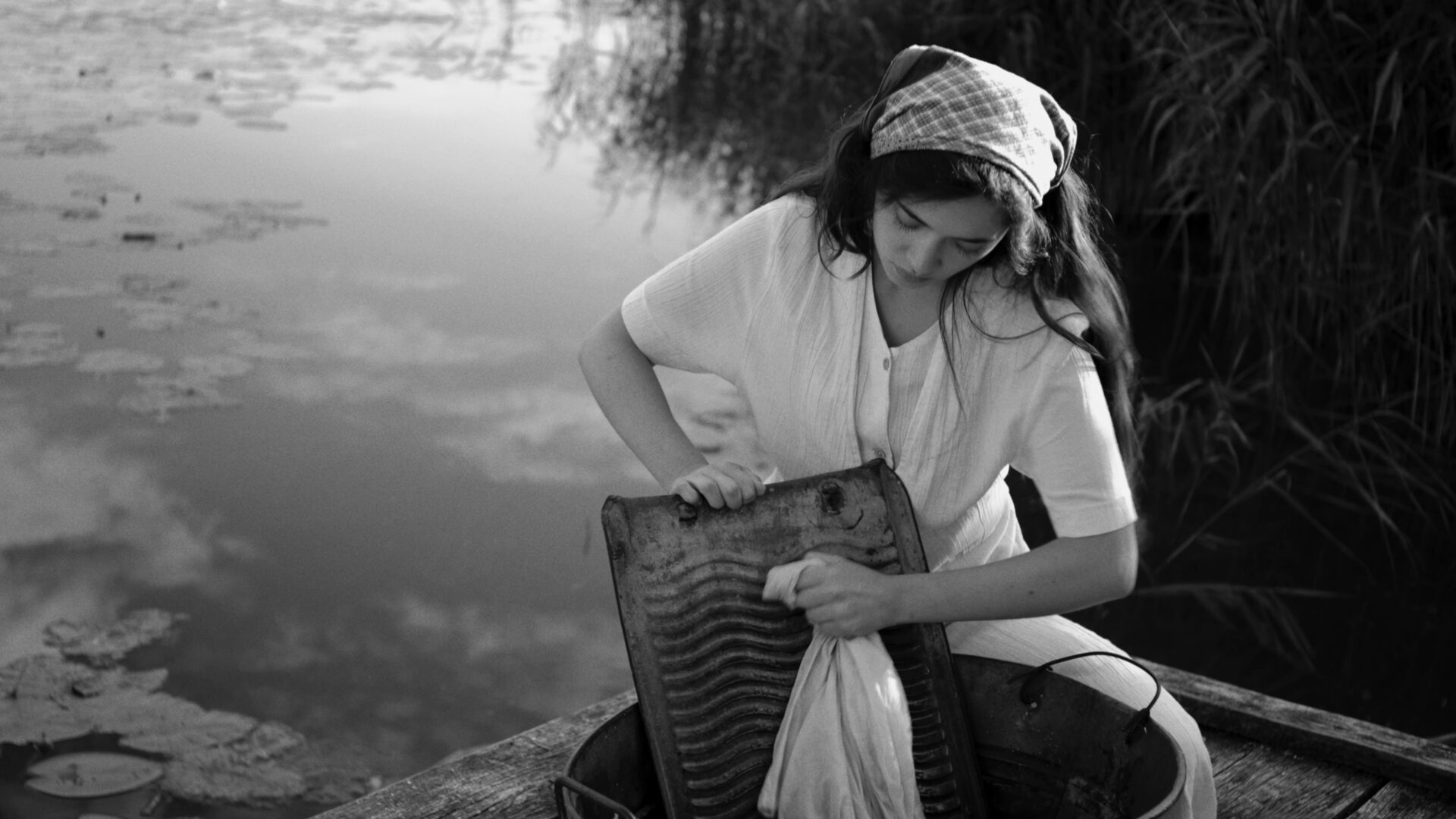 The youth from Świdnica decided to distinguish a special mention to On the surface, dir. Léo Colomina, Gabriel Cocus (France, 2021).

Congratulations to all winners!